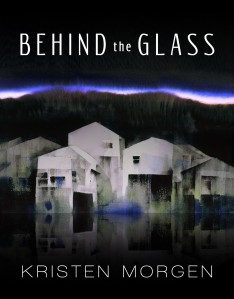 Rebecca Jordan’s life is simple, disciplined, and uncomplicated, at least on the surface. Then she meets a handsome stranger/secret admirer named Michael Vale one fateful late night at a bookstore café. As a focused but struggling photographer with a passion for art, her outwardly happy world is turned upside down during this life-changing encounter when she quickly realizes she has met her soul mate. The undeniable attraction between them and their intense, immediate connection seem picture perfect as they discuss the shop’s local artwork, until Rebecca abruptly ends the chance meeting with no explanation.

Betraying Brett, her loyal, loving boyfriend, is something Rebecca can never bring herself to do. Driven by a strong moral code and molded by divorced parents and a tumultuous childhood, she struggles to stay away from Michael, but fate and circumstance intervene, bringing them back together time and time again. As much as she resists, there is no denying her true feelings for him and the simple fact that Michael understands her in a way Brett never has. Michael proves to be everything she’s ever wanted, but remains just out of her reach.

Behind the Glass tells the story of Michael and Rebecca’s extraordinary love and the many unconventional stages their relationship must go through. Their morals and their faith in true love and in each other will be put to the test as they learn that meeting one’s soul mate does not come without obstacles.

Excerpt from Behind the Glass:

On the verge of tears, she crossed her arms tightly, hugging herself as she focused on the beautiful dancing flames before her, secretly wishing he was there with her. Holding her.

After a few quiet moments, as if she had somehow beckoned him … he was there.

She had been so completely lost in her own thoughts, staring at the mesmerizing fire, that she hadn’t even noticed he had been standing directly in front of her.

He seemed to appear virtually out of nowhere.

He looked down at her with warm, attentive eyes. As she looked back up at him her heart soared with a mix of emotions, yet she found it more difficult to hold back her tears. She didn’t know what she would say to him now, even if she could find the ability to speak.

Without a word he gently took her by the hand, picked up her suitcase, and slowly led her out of the main lobby. She couldn’t be sure, but based on his body language he seemed to be completely aware of her situation, knew exactly what was going through her mind, and inexplicably, exactly what she needed.

She didn’t argue or resist or even speak. She simply followed him, not knowing where he was taking her. The manner in which he led her was focused, and his grip on her hand was protectively firm.

In her bemused state as they continued down the long hallway, it finally occurred to her that he was rescuing her. 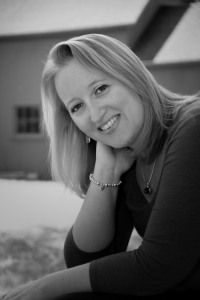 Kristen Morgen, an up and coming new adult contemporary romance author, can’t remember a time in her life when she didn’t crave designing, creating, discovering, and using her imagination in some way. Educated and trained as a licensed architect and working at her own architectural firm for many years, her true passion has always been writing. An avid reader from a very early age, the romance genre is admittedly her favorite guilty pleasure – a hopeless romantic to the end.

Kristen loves the art of shaping words and sentences into relatable stories while creating rich characters for her readers to connect with. She enjoys exploring relationships and discovering the little reasons people fall in love with each other while uncovering deeper truths. Honing her craft in her free time and choosing exactly the type of story she wanted to tell, Kristen presents Behind the Glass as her debut novel.

Originally from Madison, Wisconsin, she currently resides in Connecticut with her husband and two daughters. Never one to let her creative mind sit idle for very long, in her free time she is currently hard at work on her next novel and reads almost anything she can get her hands on.

Giveaway Information: 2 Free E-books of Behind the Glass
a Rafflecopter giveaway
​