Lily Green lives by her daily to-do list. Lists have guided her through some of the darkest parts of her life. But none have prepared her for the bodyguard hired to protect her and the diamonds she’s working with. Grayson Warren is an overbearing alpha, everything she doesn’t want. Or is he?

Desperate to save his ailing business, former Navy SEAL Grayson “Storm” Warren is willing to take on any job, including protecting an infuriating list-making lingerie designer. Sexy doesn’t even begin to describe Lily Green. One touch. One kiss, and Grayson’s protecting more than diamonds.

Can Grayson show Lily there’s more to life than lists?

PURCHASE IT ON AMAZON NOW

PROTECTING LILY
by Nicole Flockton
My rating: 3.5 of 5 stars

Love Alpha males? In PROTECTING LILY by Nicole Flockton OMG does her hero, Grayson Warren fit the bill! Grayson is a former Navy SEAL who now operates his own security company. When this Alpha male shows up to Lily Green’s offices as her new bodyguard her whole carefully planned out world is suddenly spinning out of control.

Grayson doesn’t match up with any of the items in Lily’s list of attributes her perfect man will have, but she can’t resist his sex appeal. Lily is his client, and high-maintenance, and what’s up with her need for a list for everything?. He shouldn’t get involved with her, but this woman makes him want to break all of his rules!

Fun book as these two battle through their sexual tension. Rita, Lily’s best friend and assistant, does what she can to encourage these two in this classic story of opposites attracting. Quick read filled with humor, some can’t-help-myself sex, and a happy ending for all!

~Complimentary copy received. All opinions expressed in this review are my own. 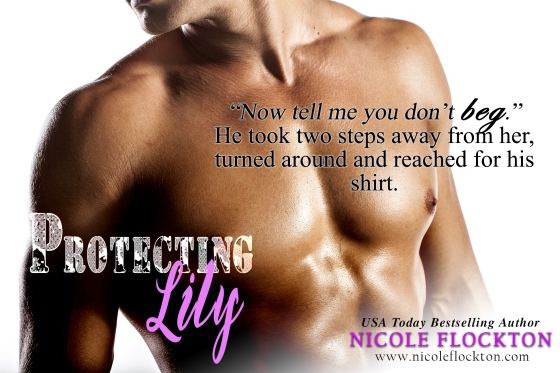 PURCHASE IT ON AMAZON NOW

Bestselling author Nicole Flockton writes sexy contemporary romances, seducing you one kiss at a time as you turn the pages. Nicole likes nothing better than taking characters and creating unique situations where they fight to find their true love.

On her first school report her teacher noted “Nicole likes to tell her own stories”. It wasn’t until after the birth of her first child and after having fun on a romance community forum that she finally decided to take the plunge and write a book.

Apart from writing Nicole is busy looking after her very own hero – her wonderfully supportive husband, and two fabulous kids. She also enjoys watching sports and, of course, reading.

Places You Can Find Nicole