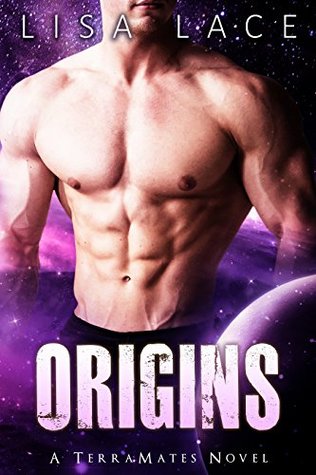 What if the man you need isn’t on Earth?

I thought I was vacationing on Biyaha to help a friend. I didn’t realize the boy I knew as a child had grown up to be mysterious and powerful.

It’s a struggle to keep our hands off each other, and when the government learns some of Khellen’s secrets, they put him in jail. It’s up to me to help him escape.

I won’t be able to rescue him without facing my feelings. How can I fall in love while remaining Single for Life?

Origins is the eleventh book in the TerraMates series, science fiction romance books about a mail-order bride agency for aliens. There are no cliffhangers, and each book contains a happily-ever-after ending!

ORIGINS is the eleventh book in the TerraMates series and a STAND-ALONE, full-length science fiction romance. There are no cliffhangers, and a happy ending is guaranteed!

Origins: A Science Fiction Alien Romance
by Lisa Lace
My rating: 4 of 5 stars

ORIGINS is the 11th book in Lisa Lace’s TerraMates series, but goes back to explain why the agency was started… thus the title. I love that Ms. Lace always has a fresh take on the alien planets and how the cultures are different from that of earth’s yet shows enough commonalities to show they are in the end just two people falling in love. As I’ve come to expect of the books in this series there is danger, suspense, and drama for the young couple before they find they realize they have fallen in love.

Sophie McCallistair, was from Earth at a time when overpopulation was a very serious issue. She was an intelligent woman who wanted to be part of the solution and had a successful career with an agency called Single for Life that advocated a commitment to never marry or bear children. She had just received a promotion, which per the agency’s policy requires she take a few weeks leave of absence to vacation before settling in to her new position. She goes to visit her friend, Khellen, who lives on Biyaha and she had met when they were much younger at a virtual reality camp.

Biyaha’s population is dwindling and to prevent their people from dying out completely they have strict laws about marriage and against preventing the birth of children. They encourage married couples to have large families and have strict penalties if you don’t marry before a certain age. Khellen understands the reasons for his planet’s laws, but has always hoped to marry for love. He is just about to reach the age where he will be forced to marry when Sophie, his longtime friend comes for a surprise visit.

Never having actually met, neither had any idea how fiercely they would be attracted to each other or the problems it would create for the both of them. These two faced many challenges before they realized they wanted to spend their life together. Very good story and I enjoyed learning how TerraMates originated from the inevitable love of Sophie and Khellen. I listened to the audiobook and was impressed with the narrator’s storytelling. 4 stars.

~Complimentary audiobook received. Opinions expressed in this review are my own.

~Add to Your Goodreads Shelf~ 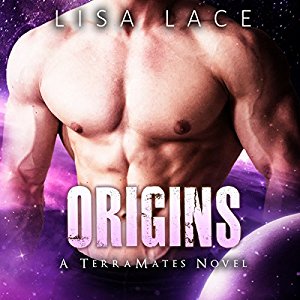 Lisa Lace is a bestselling sci-fi romance author and lives in northern California with her spouse and five children. Her stories have:
1) Good-looking aliens
2) Strong, independent Earth girls
3) Happy endings

She is currently adding books to the TerraMates series.

You can find Lisa online at