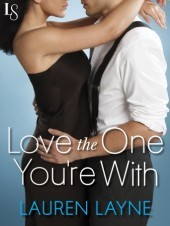 As a leading columnist for Stiletto, Grace Brighton has built a career warning women about rotten, cheating liars. She just never suspected her fiancé would be one of them. After Grace takes a heart-mending hiatus, her first assignment is to go on a couple of dates with a counterpart from the men’s magazine Oxford and report her impressions. Grace 1.0 may have been instantly smitten with the gorgeous correspondent, but Grace 2.0 has sworn off relationships for six months, and she’s not falling for his outstanding bod and trophy-winning kisses… or is she?

Jake Malone wants to get back to the fly-by-night, who-knows-what’s-next guy he used to be, and he knows exactly how to do it. Oxford is adding a travel section, and Jake—with no wife and no kids and a willingness to live anywhere, eat anything, do everything—is perfect for the job… except that his playboy reputation makes his new editor nervous. To get the gig, he must agree to a fluffy joint article with Stiletto.

What a wonderful, charming, hilarious, and witty romance filled with tons of sparking sexual chemistry and sizzling moments as the Grace Brighton from Stiletto Magazine and Jake Malone from Oxford Magazine battle it out for the title of who knows the opposite sex better in Lauren Layne’s LOVE THE ONE YOU’RE WITH.

The story starts off with a hilarious accidental and anonymous meeting between Grace and Jake early one morning where Grace is running late and Jake is doing the walk of shame in yesterday’s suit after a one night stand. They end up sharing a cab and trading jibes to keep from acting on the immediate attraction they both feel. This scene really does set the stage for their relationship interactions from that point on. They are evenly matched in intelligence, wit, snark, humor, and sexual attraction. Soon after they each discover who the other is and that their bosses have chosen them to participate in a He said, She said of one-up-manship in a public battle of the sexes for the respective magazines they write for. Neither is thrilled with the assignment, but both have good reasons for taking it on and winning.

Grace recently discovered her live-in boyfriend of the last nine years had been cheating on her with a work colleague. Beyond the usual pain of realizing the person you loved and expected to spend your life with has betrayed you in the worst possible way Grace feels humiliated for being blindsided so soon after giving out advice publically on how to spot infidelity. She feels her professional reputation as a relationship expert needs redeeming and that outsmarting Oxford’s writer will prove she’s still got it. In order to help herself keep it together Grace has come up with a new improved version of herself who she calls Grace 2.0 as opposed to Grace 1.0. Grace 2.0 is edgier, more calculating, less emotional, and less romantically gullible as compared to the older 1.0 version. And 2.0 has sworn off men for at least six months so she can “find herself”. The scenes where Grace’s two alter egos are battling out decisions in her head are really humorous and add a lot to her character who is already very funny, charming, snarky and I felt admirable in the way she steps up publicly with her chin held high after her world had been turned upside down.

The gorgeous, sexy and charming Jake Malone is one of the most eligible bachelors in Manhattan and somewhat of a man whore. Although he has a great respect for and loves women, he refuses to become involved beyond sex. He’s essentially a nice, easy going guy who just happens to know how to play the game and has no problem going after what he wants. How to get the sex he wants from a string of women without getting emotionally attached or caught in a relationship. In other words, the consummate bachelor who considers himself a man’s man because he lives the dream of every single man. He is a seasoned writer and columnist who feels he’s paid his dues to his magazine and has earned a coveted work assignment as a traveling writer so he can do what he really wants, see the world free and without any relational obligations. He agrees to date Grace as part of a work assignment only after he’s promised the position of Oxford’s travel expert.

From beginning to end I loved this couple, their friends, and this storyline. Dating in such a public way and for competition wasn’t easy but these two not only made it work, they did it with style. They both pulled off some tricks and surprises, traded lots of barbs, but they managed to keep their sense of humor and perspective by always keeping in mind it was part of the job. Of course the story really got good when they started actually falling for each other. I loved when they took their little secret timeouts to spend alone time together without the others watching and documenting or keeping score. Those times were very romantic and tender and it was easy to see they were perfect for each other. Jake almost blew it in the end, but he gets his head together before it’s too late and Ms. Layne gives us a glorious ending.

Shout out to Julie, Riley, Emma, Cole, Mitchell, Alex, Camille and Jake’s family for being loveable characters in their own right and raising the bar on this story even higher by adding emotional depth, humor, and tons of sexual innuendo to the plot. All in all a fabulous book and a great addition to the Sex, Love & Stiletto series. 5 stars

~Complimentary copy received via NetGalley in exchange for a honest review.

Add Love the One You’re With to your Goodreads shelf!