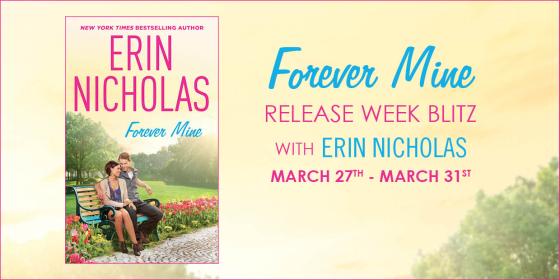 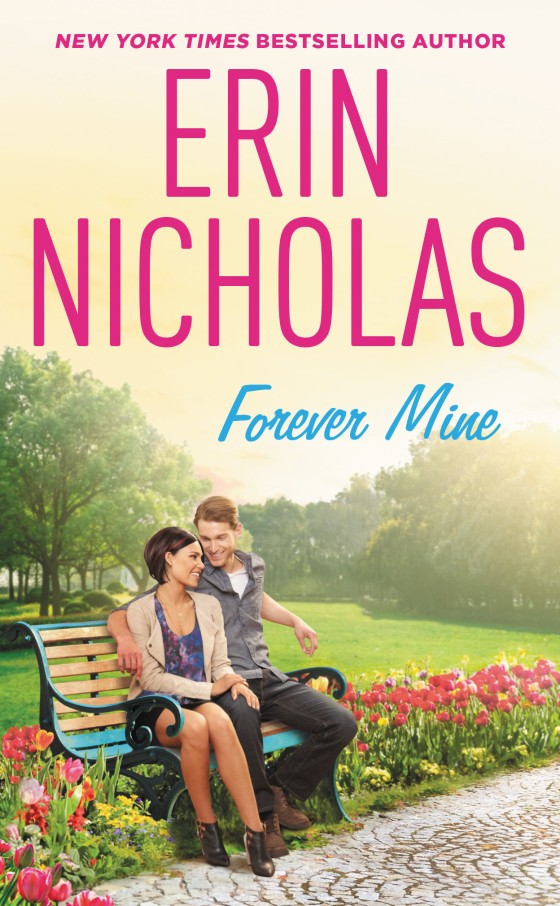 Maya Goodwin doesn’t believe in holding back. Ever. As a cop, she never hesitated to throw herself into harm’s way to save someone. Even after an injury on the job forces her to retire, she’s not afraid to keep risking it all to get the life she wants. With a new career teaching martial arts to kids already underway, she’s looking forward to the future – and taking a chance on the unbelievably hot Dr. Alex Nolan.

Maya – daring and spontaneous – is the exact opposite of what Alex always thought he wanted. But when a nine-year-old daughter he never knew existed shows up on his doorstep, Maya is the one who helps them hold it together. With love on the line, will the guy who’s always played it safe be willing to take the biggest risk of all? 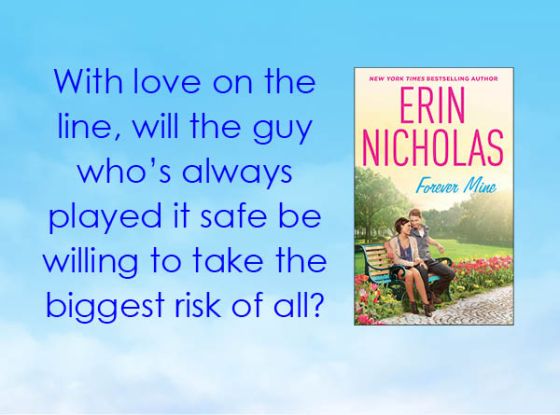 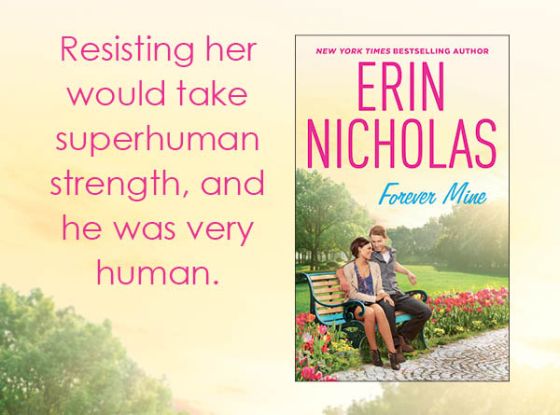 Forever Mine by Erin Nicholas
My rating: 4.5 of 5 stars

FOREVER MINE, the second book in Erin Nicholas’s latest series is every bit as wonderful as the first book, Completely Yours. This new series, Opposites Attract, has definitely become my favorite which is saying a lot because I’m a huge fan of the world and characters she’s created in her Sapphire Falls series. But the Opposites Attract series goes to just a bit deeper level both in story line and character portrayal. There’s still the same humor and witty dialogue, the same steam, and ALWAYS a great love story, but there’s also a growth aspect to both characters as they blend their lives and become even better versions of their selves. I really love that aspect of these new books.

Forever Mine, the story of Doctor Alex Nolan and Maya Goodwin is one of love at first sight. From the moment they lock eyes for the first time each of their worlds are tipped a little off their axis. Of course, it takes a little bit longer for them to realize they are perfect for each other for as the series name suggests, they couldn’t be more opposite. Maya is an all-out, go for it, no holds barred, and basically fearless woman. She’s an ex-cop who teaches martial arts and hand-to-hand combat skills in the studio she owns and runs with the help of her good friends. She is a weapon’s expert, a sci-fi and comic book geek, and a gamer who loves to dress up in costumes. Alex is a doctor who due to his hemophilia has had to be careful all of his life. He swam competitively at the National level, but has never participated in contact sports. His work at the Children’s Center, the research he does, and his speaking engagements have been his life. But Alex has recently discovered he has a nine year old daughter, Charli, who he has nothing in common with. Charli loves all things Galactic Renegades and Superheroes. He notices Maya at a demonstration she and her friends are giving at the mall and well, he can’t take his eyes off of her. He also realizes she is just the woman with the information he needs to reach out and bond with his daughter. The sexy doctor catches Maya’s eye too and she’s not a bit shy about letting him know she’s interested in getting to know him better. Much better. The chemistry between them is sizzling and it doesn’t take long for Alex to admit he wants Maya for more than her knowledge of comic books and Galactic Renegades.

Kiera and Zach, from Completely Yours are back. As are Sophie, Rob and Ben which adds a continuity and familiarity to the story. I recommend you read the first book, but these are stand-alone’s and can be read independently too.

~Complimentary copy downloaded from NetGalley. All opinions expressed in this review are my own. 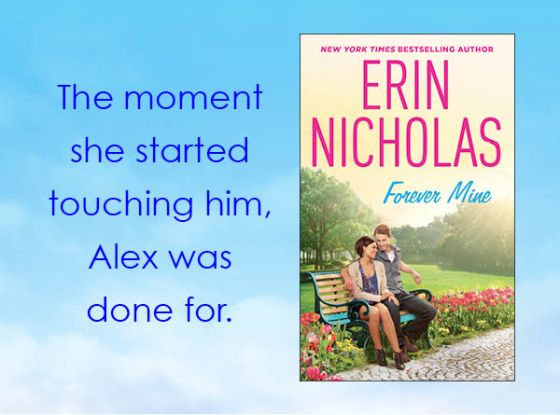 Alex laughed. He liked Maya. The thought hit him directly in the gut.

Maya smiled brightly, and he admitted that he was intensely attracted too. Now fast attraction—that he’d experienced before. But it had been a long time since even that had happened.

“I’m Dr. Alex Nolan. I’m on staff at Boston Children’s Hospital. I’m on their website if you want to look me up.”

Maya suddenly frowned. “I can’t believe I didn’t think of that.”

“Googling pediatricians and finding out who you are after the mall the other day,” Maya said.

Alex raised an eyebrow. “Wouldn’t that be a little creepy?”

He laughed. “Well, to further decrease the creep factor, I do have a kid,” he said. “A daughter. Charlotte. We call her Charli. She’ll be ten next month. She’s very into superheroes, GR, and swords, and I know nothing about any of that. I liked the demonstration at the mall and thought I’d come check out your studio.”

“So you’re wanting to sign her up,” Maya said with a nod. “Okay, not creepy at all.”

“Uh…” Alex knew this was going to sound strange. “Actually I want to take the class myself.”

Maya frowned. “These classes won’t teach you about superheroes exactly,” she said. “They are kind of a combination of stage fighting and martial arts and self-esteem workshops.”

“I know.” He’d been on the website. Which is how he’d found out more about the studio. And where he’d stared at Maya’s photo before going in to look up more about her on the internet. Which was how he found out that her classes had won some local awards, she’d been a brilliant cop—who had not, incidentally, been fired for beating someone up—and that she regularly blogged about superheroes and their fandom and the psychology of that fandom. He’d bookmarked her page immediately.

“And the things you do in class sounds like the perfect bonding activity for Charli and me. I’ll take the class and then go home and teach her.”

“Why not just bring her to class?”

“She…” He swallowed. Charli would love Maya. Hell, if she saw Maya with those pointy-weapon-things, she’d want to be Maya.

But Alex had only seen Maya twice, and he’d already witnessed her get hit with a Bo staff, punched in the ribs, and cut with some kind of sharp hand weapon. Which reminded him that she’d been bleeding.

He looked down, but the bleeding had already slowed or stopped. Which was what happened when a person with normal blood got cut. But Charli didn’t have normal blood. She didn’t bleed faster, but she would bleed longer—because of the genetic mutation he had passed on to her.

He’d told her mother that Charli should be able to try whatever she wanted. But he’d also told her he’d keep Charli safe. If Charli took classes here, he would have to fill Maya and her staff in on the hemophilia and precautions and treatment…

“She has some special needs,” he said, cringing a little as he said it, knowing that Maya might easily jump to conclusions that were not at all correct. But it didn’t matter what she thought. This was the right thing for Charli.

But Maya didn’t even blink. “Okay,” she said. “I understand. Maybe…” But she trailed off while watching him thoughtfully without completing the sentence.

“Maybe I could teach you and your daughter a private Super You class.”

He was surprised at her offer, but more—he was tempted. Which meant he had to say no. The timing for meeting a gorgeous, intriguing woman couldn’t have been worse. “I think a class with lots of other people, especially kids, would be better.”

Maya was direct. He liked that. And he could return the favor. “Because you look just as good in workout pants as you do in leather.”

Her eyes widened in surprise just a beat before her smile widened. “And that’s a problem?”

“It is when I’m trying to give all of my extra time and attention to my daughter.”

She studied him for a moment. “Okay,” she finally said with a nod. “And once you see the class, if you change your mind, she’s always welcome.”

“You’re not going to feel funny taking a class with a bunch of kids?”

“What about the tights and cape?”

“The costume,” she said with a nod.

“Thought the participants all helped create their own character,” he said, realizing she was messing with him.

“Well, there’s no way in hell I would create a character that would wear tights.”

Maya’s gaze wandered over him, head to toe, before she said, Too bad.” 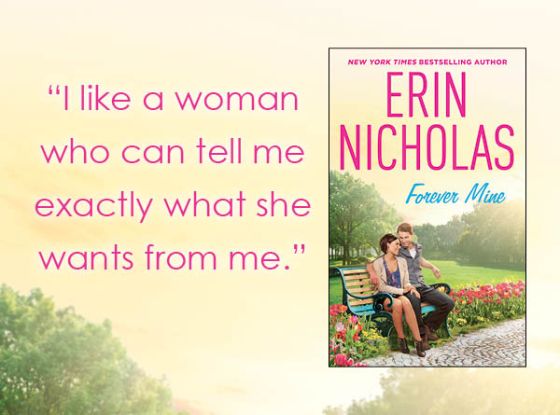 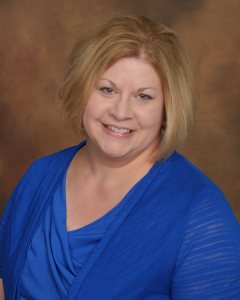 Series Page on Goodreads
COMPLETELY YOURS, #1 —– FOREVER MINE, #2 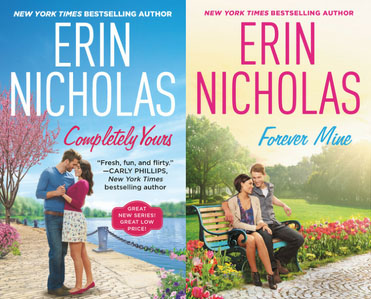