When newly divorced Kate Adams is approached on the sunny deck of a California hotel by hockey star David Burke, and he invites her to dinner, she almost says no. He’s obviously younger than her. And charming. And drop dead gorgeous. But there’s also something sweet about David, so Kate—who hasn’t done anything spontaneous in a very long time—accepts his invitation.

It is, after all, her fortieth birthday.

However, a real romance with thirty-year-old David, whose picture is in the gossip pages as often as it’s in the sports pages, is out of the question. No matter how much she wants him, it’s just too risky.

But meeting Kate has been David’s lightning strike. She’s the one for him, and he has no intention of giving up on her.

So while Kate guards her fragile heart, David sets out to win her over with the same determination that drives him on the ice.

And he’ll break every rule in the book if he has to.

Wow! Incredible. Amazing. Captivating. None of these words express how fabulous UNTIL YOU really is. It may just be the Best Book I’ve Read This Year and there’s been some tough competition. I’ve had this book on my Kindle since March and let it get buried in my TBR pile. Big. Mistake. Verbally kicking myself right from the first chapters. I have read every one of Jeannie Moon’s books and enjoyed them all, but UNTIL YOU… Kate and David’s story? IMHO it tops them all.

To me, UNTIL YOU was a quietly romantic story of two soulmates who, despite their vast differences, find a connection and a love that is clearly meant to be. But it isn’t easy for them. Mistakes were made. Misunderstanding, insecurities and people interfered. But Kate and David’s characters are written with depth, realism, emotion, wit, humor, complexity, and flair. I felt their attraction, their fears, their happiness, their frustrations, their love, their joy, their sorrow, and lastly their confidence in knowing they would have the rest of their lives together

But, UNTIL YOU is far more than the great romance between David and Kate, there is so much more to their stories. Especially Kate’s. Her struggles are especially heartfelt and touching. Jeannie Moon has intricately developed her lead characters and even the secondary characters so well I couldn’t help but be captivated. The personalities and their reactions seemed so natural and real, given who they were, from the leads to the villains, because the backstory was there and yet the story still felt fresh. Still kept me engaged as I rooted for everything to work for them to have their happiness together. I hated to put it down and couldn’t wait to get back to it. Couldn’t wait to share how moved I am. (It’s 3:00 in the morning. I have to be up at 7:00.) I’m not giving any spoilers. Read it yourself. Don’t wait. Treat yourself. Do it today! 5 stars

~Complimentary copy downloaded from NetGalley in exchange for a honest review~ 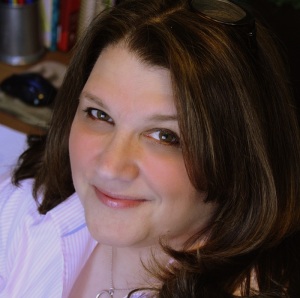 JEANNIE MOON is a school librarian who loves that she has a job which allows her to immerse herself in good books and call it work. A native Long Islander, Jeannie still lives there with her family and a couple of well-behaved dogs and an equally misbehaving cat.