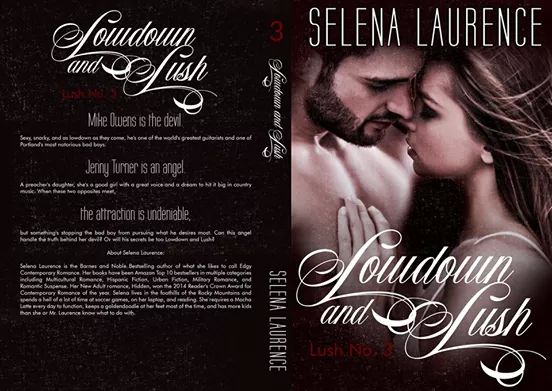 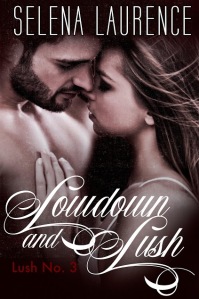 Mike Owens is the devil. Sexy, snarky, and as lowdown as they come, he’s one of the world’s greatest guitarists and one of Portland’s most notorious bad boys.

Jenny Turner is an angel. A preacher’s daughter, she’s a good girl with a great voice and a dream to hit it big in country music.

When these two opposites meet, the attraction is undeniable, but something’s stopping the bad boy from pursuing what he desires most. Can this angel handle the truth behind her devil? Or will his secrets be too Lowdown and Lush? 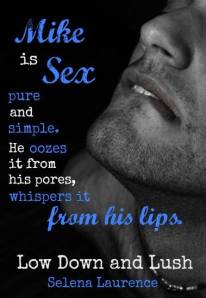 Jenny
Some days I wake up and I’m amazed by my life. For my first twenty-four years I was on a predictable track. A road planned for me by my parents. It led me to go to Texas State University at Waco, get a teaching degree and come back to my hometown where I got a job teaching kindergarten. It led me to sing in the choir at my daddy’s church, date the assistant pastor, and eat dinner with my parents every Sunday and Thursday nights.

I’m not sure when the change began. As much as my parents would like to blame it on Mike Owens, I realize it was growing long before I met him. Something inside of me knew that the path I was on wasn’t the right one. I had music in my soul, it was crying to come out, and along with it were these ideas—ideas about who I could be, how I wanted to live, and what was right and wrong in the world.

Then I met Michael, and all my ideas became possible. A new road appeared, and every part of me rejoiced in a wholly different way. Michael Owens, guitarist for Lush walked into a tiny, run down, country bar and told me I could have anything I wanted and everything I’d ever dreamed. It’s a heady sensation to be plucked from obscurity, to have the whole world opened to you when you’ve spent twenty-four years hearing about what you can’t do rather than what you can.

It’s no small wonder I fell in love with the man who gave me that high.

I’m watching that man now as he works out. It’s one of my favorite times of the day. I usually track him down in the hotel gym first thing in the morning just so I can see this sight. He’s big—like, massive—his muscles straining out of whatever shirt he might be wearing, and just plain straining when he’s not wearing a shirt like today. He’s covered in tattoos, tribal patterns swirling over his shoulders and down his pecs all the way to that incredible ‘v’ that leads south alongside his perfect six-pack.

My daddy and brother are men of God, the mind, and philosophy. They’re handsome men, but in a completely different way than Mike. Mike is sex, pure and simple. He oozes it from his pores, whispers it from his lips. All it takes is one heated look from him and I’m a goner, panties wet, short of breath, warm from head to toe.

The only problem is he doesn’t want me back. For some reason, Michael has put me on a pedestal so high that not even he’s allowed to reach for it. He thinks I’m this perfect, innocent, girl made of glass that will shatter if he gets too close. And I am a virgin, but I’m far from perfect or innocent, and I sure as heck won’t shatter from the likes of him. In fact, I might just be more than he can handle if he ever gives me a chance.

Every day that we’re together I crave his touch, burn inside when I look at him, and dream of what he would feel like doing bad things to me. But the man who blew apart my world, opened windows to my soul, and freed my heart would rather spend his Friday and Saturday nights screwing trash he picks up at the bars we play in.

So, I get this part of him—the protective-best-friend part. The do-anything-for-me, worship-me-from-afar part, and while I wouldn’t trade that part for all the tea in China, I would also do most anything to get the part those trashy women do. I want all of Michael—the good, the bad, the outrageously sexy. He’s brilliant, talented, unpredictable, and hotter than an afternoon in a Texas oilfield. What woman wouldn’t want that? 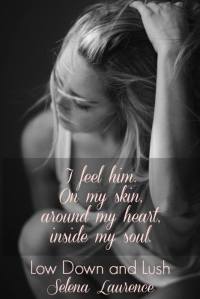 Selena Laurence keeps surprising me with the depth of her characters and her writing. LOWDOWN AND LUSH, the third book in her Lush series is no exception. I can’t recommend this book, or this series, enough. It is just that good. These four band members of Lush have stolen my heart and made me a forever fan of Selena’s brilliant writing.

Lowdown and Lush is Mike Owens’ story and just like the other Lush band members Selena has given this bad boy an incredible back story. Mike is the lead guitarist and in a band of bad boys, THE bad boy. He is over six feet of tall, dark, gorgeous, muscle that oozes sex appeal, drinks too much and has a different woman or two every night to keep his memories and fears at bay. He’s got secrets even his best friends and band mates don’t know about. Demons that haunt him and feel like a ticking time bomb where a horrible end is certain. An end he is convinced is his destiny. He refuses to allow anyone, especially Jenny, the angel he has fallen for, be tainted by him.

Jenny Turner is an aspiring country singer with enough talent to take her to the big time. The picture of all that is good, innocent and sweet, a kindergarten teacher no less, all wrapped up in a blonde bombshell body that drives Mike wild. She’s also a preacher’s daughter who has lived under her father’s harsh and controlling thumb all of her life. Her music is her path to freedom to finally make her own decisions and go after what she truly wants instead of what she is told to be. Next to a professional music career, tattooed bad boy Mike Owens is what Jenny wants. She sees what he is, what he shows the world, but she also sees his generous side, the side that is loyal to his friends and kind to her. He is everything her parents hate and she can’t help but love him even knowing he will probably break her heart.

My heart is the one that was broken, Mike and Jenny do not have it easy. They are so different and there are so many things fighting to keep them apart. But their attraction and chemistry is overwhelming and impossible to deny. It leaps from the pages and wraps you up in their love, in their drama, in their heartbreak, in their passion and thank God finally in their happy ending.

Mike and Jenny really are enough to make this a wonderful must-read book, but it also has all the other Lush characters fully entrenched in the story. Not just glimpses here and there. Lots of Joss and Mel, from A Lush Betrayal, and lots of Walsh and Tammy from For the Love of a Lush. Colin is there too with teases of his story to come. Joss was my first Lush love and his role in Mike and Jenny’s love story was integral. This wonderful man was stealing my heart all over again and he wasn’t even the main character. Just another reason why I LOVED this one! 5 stars

Other Books in the LUSH series:

Selena Laurence lives in the foothills of the Rocky Mountains and spends a lot of time at soccer games, on her laptop, and reading. She is a full-time romance author who loves nothing more than a good love story, whether it be about rock stars or college kids. She is a member of the Romance Writers of America and the Colorado Romance Writers. Her books have been on Amazon Topselling lists in Military Romance, Contemporary Romance, Hispanic fiction and Multicultural Romance. She requires a Mocha Latte every day to function, keeps a goldendoodle at her feet most of the time, and has more kids than she knows what to do with. 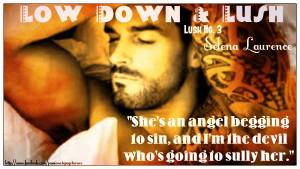