In this explosive novel from bestselling author Jen McLaughlin, a good girl falls for the ultimate bad boy: her stepbrother. Perfect for fans of Sabrina Paige, Caitlin Daire, and Krista Lakes, Bad Romance proves that passion can be so wrong it’s right.

Seven years in the army will change a guy. But after a shoulder wound ends his career as a sniper, Jackson Worthington finds himself back home, fighting a battle that’s all too familiar: keeping his hands off Lily Hastings. She’s still her rich daddy’s little angel, innocent, impossibly lovely, as squeaky-clean as Jackson is dirty. And she’s still his stepsister—forbidden but not forgotten, not after the soul-melting kiss that got him kicked out of the house at eighteen. He couldn’t resist her then. How the hell can he resist her now?

Lily is about to marry a man she doesn’t love, and commit to a high-stress job she hates, all to please the father who controls every waking moment of her life. On top of everything, her teenage crush is back, with a sleek, chiseled body and a trace of the rebellious boy whose lips sealed her fate. Jackson’s timing couldn’t be worse . . . or better. Because Lily’s all grown up, too. She’s aching for another taste. And for the first time, she’s ready to be a bad girl.

**Includes a special message from the editor, as well as an excerpt from another Loveswept title.

Praise for the novels of Jen McLaughlin:

I really enjoyed this story by Jen McLaughlin. BAD ROMANCE is so much more than a stepbrother novel. Lily and Jackson’s (love that name!) parents marry when Lily is 16 and Jackson a couple years older, but their lives couldn’t be more different. Lily has been wanted, loved, protected and yes, controlled. Jackson’s mother never wanted him and didn’t bother to hide it. He’s always been made to feel like a burden, a hindrance who never did anything right and would never be good enough. Until Lily. Right from the start she shows him unconditional love, a first time for him, but he’s so convinced he’s no good he fights how he feels. And then he leaves for 7 years.

Jackson gains a sense of honor and worth as he fights for his country, but then he’s injured and that too is gone. He is sent back to his hometown as a recruiter and to heal. He doesn’t plan to let his family know he’s back, but he sees Lily at a local tavern and she’s in trouble. His protective instincts kick in… and then there’s no going back. The feelings they share, the connection, the bond are undeniable. But there are so many reasons they shouldn’t be together. So many things keeping them apart.

I loved Jackson! JM does a tremendous job in developing his character. I could feel his pain and frustrations, and his desire to be a better man, and his desire for what he believes he doesn’t deserve. Lily.

Lily was harder for me to relate to, but her character was true and stayed the course. She has lived a life sacrificing herself to please or to help others, so as much as Jackson is the one thing she has always wanted for herself… She still feels compelled in her role as martyr. It was impossible not to respect that even when I wanted to tell her to grow a backbone.

Bad Romance was well written, with an interesting storyline, some really steamy scenes, well-defined characters and backstory, and few surprises. I enjoyed reading it and definitely recommend it. 4 stars

~Complimentary copy downloaded from NetGalley in exchange for a honest review~ 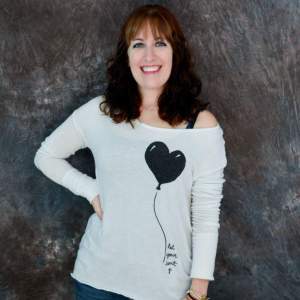 JEN MCLAUGHLIN is the New York Times and USA Today bestselling author of sexy New Adult books. Under her pen name Diane Alberts, she is a multi-published, bestselling author of Contemporary Romance with Entangled Publishing. Her first release as Jen McLaughlin, Out of Line, released September 6 2013, and hit the New York Times, USA Today and Wall Street Journal lists. She was mentioned in Forbes alongside E. L. James as one of the breakout independent authors to dominate the bestselling lists. She is represented by Louise Fury at The Bent Agency.

Though she lives in the mountains, she really wishes she was surrounded by a hot, sunny beach with crystal-clear water. She lives in Northeast Pennsylvania with her four kids, a husband, a schnauzer mutt, and a cat. Her goal is to write so many well-crafted romance books that even a non-romance reader will know her name.